Annogen, the Amsterdam based biotech company behind the SuRE™ technology for the functional annotation of the non-coding part of the genome, and KeyGene, the Wageningen based research company developing innovative technologies for crop improvement, are to collaborate in identifying non-coding DNA fragments in plants’ genomes that influence the expression of important crop traits. This will open new possibilities to intentionally upregulate or downregulate the expression of important genes in crops.

Plant traits are encoded by genes. Genes are accompanied by a promotor, the DNA that generally controls where and to what extent genes are expressed. Genes important for flowering are thus active in flowers, whereas genes coding for resistance against leaf-killing fungi are mainly active in leaves.

The part of plants’ genomes that do not harbor genes is often referred to as the ‘non-coding DNA’. Promoters are an example of such non-coding DNA, but research shows that beyond promoters small non-coding regions occur that may also strongly influence the expression of genes. Nevertheless, research into gene expression in plants till now mainly focused on promotors and genes.

Scientists at KeyGene develop new technologies for plant breeding. That is why they are very much interested in the possibilities non-coding DNA technologies can offer to improve plant breeding. Joris van Arensbergen, founder and CEO, is very enthusiastic about the new collaboration. “KeyGene is well known for its contributions to innovate plant breeding. While Annogen has its primary focus on medical applications like cell therapy and drug discovery, it has already established the applicability of its SuRE™ technology in animals and plants. We are very excited to now further demonstrate how our SuRE™ can contribute to crop improvement through this collaboration.” said Van Arensbergen.

At KeyGene, having strong expertise and track record in plant genomics, from unique DNA isolation protocols to powerful data visualization and management tools, studying non-coding DNA is seen as a promising next level. “Employing knowledge about non-coding DNA and about available and induced genetic variation in this part of plants’ DNA, may well lead to breakthrough technologies for crop improvement” said Arjen van Tunen, co-CEO of KeyGene.

Pictures: An example of how a changed gene expression can work. Both tomato plants have the same gene for flower color. But in the plant with the bright yellow flower (left), the gene is better expressed, more active, than in the plant with the pale flowers. For many genes, higher expression could be desirable in crops. KeyGene wants to better understand how gene expression can be influenced. Annogen’s SuRE™ technology is one of the tools that KeyGene scientists will use in their research. They develop technologies that can help plant breeders to use this knowledge in their breeding programs. 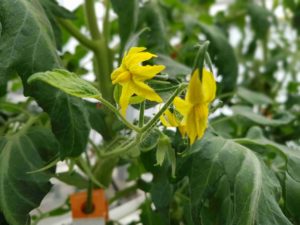 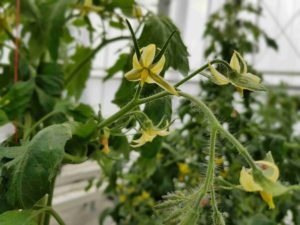