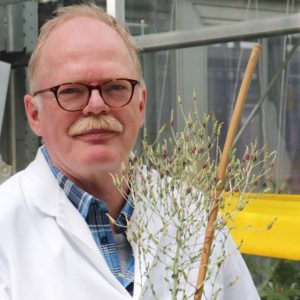 Researchers from KeyGene and Wageningen University & Research (WUR), in collaboration with colleagues from Japan and New Zealand, have discovered a gene that will make it possible to produce seeds from crops that are genetically identical to the mother plant and that do not need pollination. This phenomenon, called apomixis, enables plants with a desirable combination of traits to produce many offspring with the same desirable combination of genes as the mother plant. Together with researchers from the Japanese breeding company Takii and New Zealand’s Plant & Food Research and Lincoln University, the KeyGene and WUR researchers explain in a paper in Nature Genetics magazine how the gene works and the way it influenced the work of the ‘father of genetics’ Gregor Mendel. The discovery is expected to lead to major innovations in plant breeding over the coming years.

The gene found has been given the name PAR, shortened from parthenogenesis, the process whereby egg cells grow into plant embryos without fertilization of the egg cells. The discovery marks a definitive breakthrough and crowns the research team’s work that started at KeyGene over 15 years ago.

Free access to KeyGene webinar ‘Apomixis: the breakthrough breeding technology for the 2020s’

On Thursday, February 17, 2022, 15:30-17:00 CET, on the occasion of the paper in Nature Genetics, KeyGene organized an international webinar on the new possibilities for applying apomixis in crop breeding. The webinar will be featuring scientists and breeders from Italy, Ireland, Canada, China, and the Netherlands.

View the recording of the webinar

KeyGene and the other partners value the open access to this paper. For all papers submitted to Nature Genetics at the moment we submitted the manuscript, open access was not possible yet. Therefore we have bought temporary access (till January 2023) to e-prints of the paper.

Apomixis is seen as the holy grail of agriculture. Because apomictic plants produce ‘clonal’ seeds from the mother plant, the process allows uniquely superior combinations of a plant’s traits to be captured in one fell swoop. Apomixis can therefore accelerate the breeding of innovative crops, make seed production less costly and bring the advantages of hybrid breeding to a lot more of the world’s crop species.

While the importance of apomixis for agriculture has long been recognized, it has yet to be successfully introduced in plant breeding practice. In 2018 a gene was discovered that can be used for parthenogenesis in rice, but scientists now know that that gene does not, unfortunately, work outside the grasses. 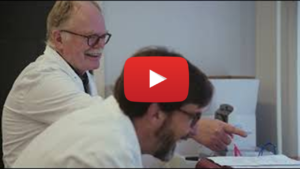 A team of scientists from research company KeyGene in the Netherlands started to unravel the genetics behind apomixis in the early-2000s. From the outset, the idea was that finding the genes could mean a breakthrough for the use of apomixis in crops. In 2016, the KeyGene team became the first to discover the DIP gene – the gene for diplospory, which is one of the two steps involved in apomixis.

The DIP gene ensures that the number of chromosomes is not halved during the formation of egg cells. The other crucial step in apomixis is that this egg cell with this normal number of chromosomes starts dividing without fertilization and grows into an embryo. This process is called parthenogenesis. The KeyGene researchers, therefore, started looking for the PAR gene and involved the Biosystematics group of Wageningen University & Research in this research.

The team used the dandelion in their research, one of around 400 wild plant species known to reproduce by apomixis. The PAR gene ensures that egg cells develop into a plant embryo without fertilization taking place. The KeyGene researchers proved that the PAR gene is active in the pollen. A group from Wageningen University & Research was also involved in the study and showed that the PAR gene is normally inactive in egg cells. The PAR gene normally only becomes active in the egg cell after fertilization, it then divides to create a plant embryo. In the egg cells of dandelion plants that form seeds via apomixis, the PAR gene proved to be switched ‘on’ prior to fertilization. In other words, these egg cells ‘think’ they are fertilized and start dividing without fertilization has taken place.

In New Zealand, parthenogenesis genes are also being studied by researchers at Lincoln University and at Plant & Food Research. Their research focuses on hawkweed, a plant genus that Gregor Mendel studied extensively. In the mid-1800s, Mendel noted that plant characters were inherited differently in peas and hawkweed but he was not able to explain why. We now know that this is because peas reproduce sexually while hawkweeds reproduce by apomixis.

Hawkweeds and dandelion belong to the same plant family so the New Zealand researchers compared the PAR gene found in dandelion with the genes of hawkweed and discovered something that the team also observed in dandelions: while all plants contain PAR genes, the plants with apomixis had an extra piece of DNA just in this gene. This extra DNA appeared to be in almost the same place in the hawkweed as in dandelion, even though the plants are believed to have separated from a common ancestor more than 13 million years ago.

Further analysis revealed that the extra piece of DNA was a so-called transposon: a piece of DNA that can ‘jump’ within the plant DNA. In hawkweed and dandelion, the transposon is positioned in the promotor, the region of the PAR gene that regulates the gene’s activity. The researchers now suppose that these jumping genes ended up in the promotor of the PAR gene independently in both plant species and that this is a case of parallel evolution. 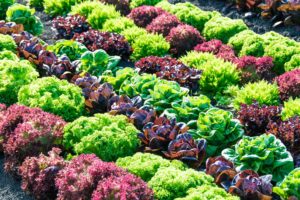 A significant follow-up question is whether the PAR gene from dandelion and the new knowledge about the genetics behind apomixis can be used to breed crops with genetically superior seeds.

Although most plants do not use apomixis, most do have genes that are strikingly similar to the PAR gene as well as the earlier found DIP gene of dandelion. This suggests that apomixis naturally acts as a modification of normal sexual reproduction and, therefore, potentially also that apomixis could be widely applicable for innovative agriculture by using modern tools like gene editing.

KeyGene researchers have started this work already. In recent research, together with scientists of Takii Seed, they succeeded in showing that the PAR gene can cause parthenogenesis in both lettuce and sunflower, bringing the prospect of apomixis in crops yet another step forwards.

KeyGene, and the other partners, value the open access to this paper. For all papers submitted to Nature Genetics at the moment we submitted the manuscript, open access was not possible yet. Therefore we have bought temporary access (till January 2023) to a so-called ePrint of the paper. To access your ePrint, please click on the article title below: