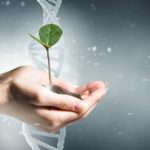 KeyGene scientists have recently published in the scientific journal PLoS ONE, detailing a flexible and scalable technology named SNPSelect for faster and more effective plant & animal breeding. The technology is based on SNPs (Single Nucleotide Polymorphisms), genetic variants in which the DNA differs in only one nucleotide at a given location. The total combination of these genetic variants, also called the genotype, is unique for each individual.

The SNPSelect technology can help plant and animal breeders across the world to work faster and more effectively. For example, it can aid in developing more sustainable, higher yielding and/or higher quality plant varieties and selecting better farm animals.

SNPs can be very helpful for breeders of plants and farm animals as small differences in DNA can cause crucial improvements in important traits. Where other technologies often allow for only one, or a small/fixed number of SNPs per analysis, KeyGene’s new technology called KeyGene® SNPSelect can detect and follow thousands of SNPs in a single assay. 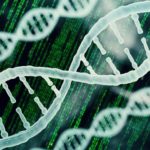 Breeders want to be able to select plants or animals with the best combination of SNPs that are involved in as many crucial traits as possible. Think of resistances against pest or diseases, improved yield or better food quality. Once they have identified the useful SNPs, breeders want to use these small DNA differences to optimise their breeding program. 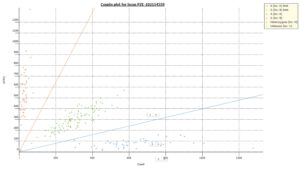 This graph shows what SNPSelect will tell plant and animal breeders in the case of diploid plants and animals. For every plant/animal from the breeding program (each dot in the graph) and for every SNP (this graph deals with one specific SNP), SNPSelect will tell the breeder whether the plant or animal is homozygous for variant A or B (red vs. blue dots) or has variant A and B (green dots) in its DNA. This helps the breeders to choose the best plants or animals for their breeding programs.

Link to article in PLoS ONE: SNPSelect: A scalable and flexible targeted sequence-based genotyping solution