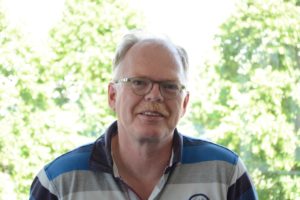 Peter van Dijk, plant reproduction expert at KeyGene, is co-author of another scientific paper on the famous geneticist Gregor Mendel. The paper clearly states there is nothing suspicious about Mendel’s data and that inappropriate statistical analyses have unfairly done great damage to the reputation of one of history’s most insightful scientists in biology.

Since R.A. Fisher’s analyses of Mendel’s work, in the mid-1930s there has been a persistent suggestion that Gregor Mendel’s results in his pea experiments were “too good to be true”. Overall, they supposedly showed too little variation and, in certain experiments, they were closer to an “erroneous” expectation than to the “correct” one.

Although several statistical re-analyses have been conducted, Mendel’s name has never been completely cleared. In the recently published paper in Hereditas, T.H. Ellis of the University of Auckland in New Zealand, KeyGene’s Peter van Dijk and others show that the criticism is based on incorrect assumptions (e.g. idealized populations) and on artefacts (the way the data was selected for analysis) of the statistical methods used.

There has also been a discussion about why Mendel chose these traits to examine and why he treated them as categorical variants. Ellis et al show that at the time of Mendel’s experiments peas were grouped in seed catalogues according to these characters, and the pea varieties on the market would have allowed Mendel to study all seven traits singly in separate crosses, and that the lines needed for his multifactorial crosses were readily available. 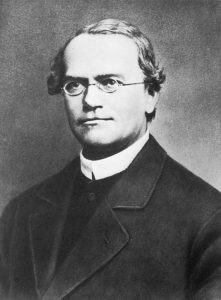 Whether Mendel actually made a separate cross for each trait or whether, as would have been efficient, he used the same cross to analyze different traits, or combined data for a trait from several crosses, has also been on debate. Two traits that turn out to be genetically linked, caused by the location close to each other on the same chromosome, show the same small deviations from the expected values, indicating that Mendel in this case probably used a single cross to study both traits.

This invalidates another often heard accusation, namely that Mendel would have omitted from his analyses  traits that are linked. Ellis et al conclude that there is nothing suspicious about Mendel’s data and that inappropriate statistical analyses have unfairly done great damage to the reputation of one of history’s most insightful biological scientists.