HomeNewsMendel was indeed decades ahead of his time

Mendel was indeed decades ahead of his time

Research shows that Gregor Mendel, the Moravian monk lauded as the founder of genetics, was indeed decades ahead of his time. That is one of the conclusions of an international team of scientists who publish their findings in Nature Genetics today as the  200th birthday of  Mendel, approaches on July 20th.

The authors, including a scientist from KeyGene in the Netherlands and one from the John Innes Centre in the UK, show that newly discovered historical sources support the idea that Mendel began his work with the practical objectives of a plant breeder. He then became interested in the underlying biological processes that condition the heritable differences between organisms. Mendel recognized the importance of understanding the formation of reproductive cells and the process of fertilization. The authors conclude that, when his proposals are viewed in the light of what was known of cells in the mid-19thC, Mendel was decades ahead of his time, and truly deserves the title of ‘founder of genetics’.

A rich but small inheritance

Mendel’s work and ideas have been studied by many, even though the material available describing his work is limited. Where Darwin left thousands of letters, for Mendel only a few are known. Mendel’s work started to receive significant recognition 34 years after its publication and 16 years after his death. No notes relating to this work have been found. All that was left was a pair of scientific papers, one of which is the famous ‘Experiments on Plant Hybrids’ that was published in German in 1866. This paper still is the basis of what children at school learn about genetics now. 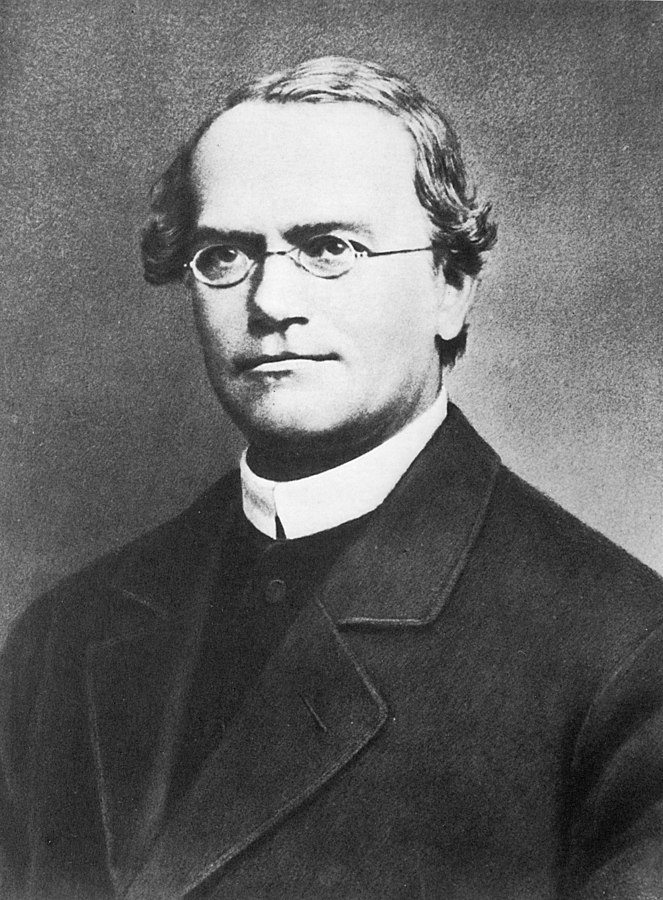 Newspaper articles from Mendel’s time have been digitized

Thanks to modern technology, the authors were able to extract valuable information from 19th-century newspaper articles, proceedings, and yearbooks in their research on Gregor Mendel. These underline how advanced the ideas and work of Mendel were. He even used cell biological theory to come to conclusions on how traits of plants are transmitted from parents to their offspring.

Mendel noted that pea plants must maintain and transmit the ‘code’ for the appearance of a trait. We now call these coding instructions genes, Mendel called them ‘Elemente’. For traits, often two different Elements are present, such as one which conditions purple and an alternative which conditions white flower colour. Mendel proposed that in the male and female parts of the flower, reproductive cells are formed that contain only one type of Element, and these single Elements are transmitted to a daughter plant, one from the male and another from the female. We now know that indeed only half of the number of chromosomes is transmitted to egg cells in the female flower parts and pollen in the male flower parts, thanks to the so-called reduction division that is occurring during meiosis at the formation of gametes.

Read more about this research on Gregor Mendel