Wageningen University & Research (WUR), and KeyGene, both having their headquarters in the Netherlands, have joined the international research program Accelerated Breeding of Better Bananas (ABBB). With their research, WUR and KeyGene contribute to the development of new East African highland banana varieties having resistance to the devastating Panama disease. This is crucial for African farmers and communities since banana is a crucial part of the local diet.

The research at WUR and KeyGene is financed by the Bill & Melinda Gates Foundation. The research teams involved will be working together very closely, while also collaborating closely with the overall coordinator of ABBB, the International Institute of Tropical Agriculture (IITA).

Banana is among the world’s most important staple foods and cash crops in the tropics and sub-tropics. For regions like Europe and North America, bananas are mostly consumed as a tasty and healthy fruit snack. 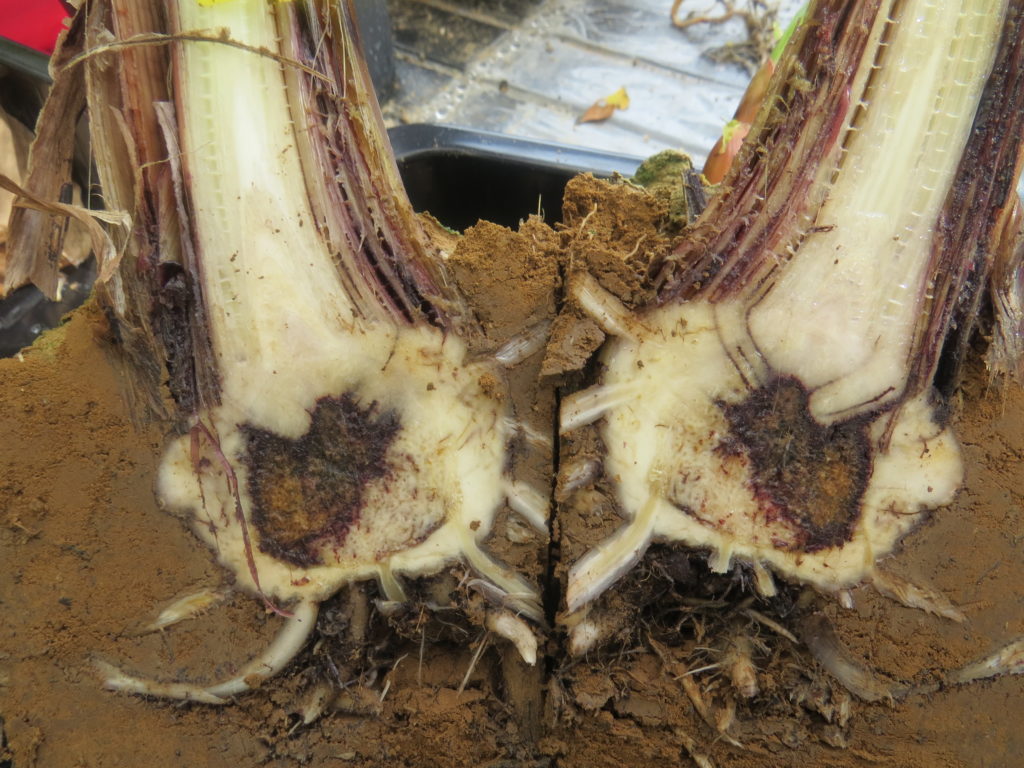 Banana is currently under the attack of a newly identified Fusarium-species, commonly called Tropical Race 4, or TR4. This fungus kills many genotypes of banana, including the worldwide most important export variety Cavendish, covering some 95% of the world’s international trade in banana and 50% of the world production. The devastating disease is called fusarium wilt of banana (FWB), or Panama disease, and is spreading across the globe at an increasing pace. The situation is comparable with the twilight of the first epidemic caused by the so-called Race 1 that completely destroyed the cultivation of the then-popular banana variety Gross Michel during the 1950s in Central America.

That is why ABBB came into place, thanks to the Bill & Melinda Gates Foundation and instigated by the International Institute of Tropical Agriculture (IITA). The Accelerated Breeding of Better Bananas program focuses on improving the production and productivity of banana in the East African highlands by improving breeding programs aimed at the development of new banana cultivars and improving local crop management and disease control systems.

WUR and KeyGene are now joining the ABBB program, thus adding unique technology, knowledge, expertise and research facilities to the program. WUR and KeyGene have been together in banana research for more than five years now, each contributing with complementary technology and expertise.

First of all, the joint WUR/KeyGene team wants to develop so-called molecular markers that will enable African banana breeders to more effectively breed East African highland bananas with resistance against TR4. Using these molecular markers, breeders can select the seedlings for which the DNA test predicts that the plant will be resistant to TR4. This will significantly increase the throughput of banana breeding programs.

The team will then identify the genes that make banana plants resistant to TR4 as well as to Race 1, which is a prerequisite for any new banana variety.

‘We are very pleased that we can exploit all of the DNA technology, bioinformatics power and expertise in marker development at KeyGene to contribute to the development of resistant varieties of a crop that is so enormously important for food and income in Africa’ said Anker Sørensen, VP New Business and coordinator banana research at KeyGene.

Earlier research showed that the so-called Race 1 consists of a complex of several different Fusarium species, and TR4 is actually a different species. This diversity of fungi likely uses effector proteins, which interfere with the plant immune system and are therefore crucial for disease and resistance.

Would like to know more about banana breeding in the East and Central Africa? Watch this documentary made by IITA

Would you like to know more about banana research at KeyGene? Us the form below to contact our banana-team.