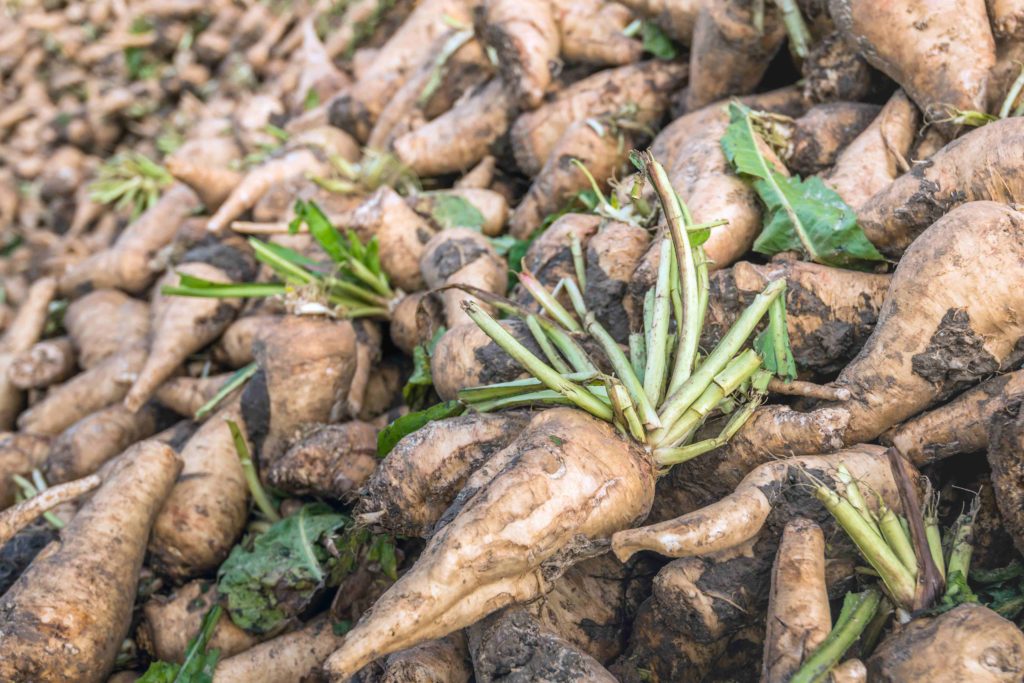 An international research team from KeyGene and Wageningen University & Research, both in the Netherlands, and Leibniz Institute of Plant Biochemistry in Germany, have developed chicory plants that accumulate costunolide. Costunolide is a plant metabolite that is known for its anti-cancer activity. The scientists used the genome editing technique CRISPR Cas9 to block further processing of costunolide into other plant metabolites. This resulted in the accumulation of the medical compound. The team published their results in a paper in Frontiers in Plant Science.

Costunolide was first extracted from Saussurea costus, a wild plant growing in the Himalayas. Saussurea is now cultivated in India, having a low yield.

Likewise, chicory also produces costunolide but it does not accumulate the compound. The metabolite is serving as an intermediate. In the taproots it is rapidly converted to bitter-tasting metabolites belonging to the sesquiterpene lactones. For the production of these metabolites, the step from costunolide to kauniolide is crucial. This step is established by the enzyme kauniolide synthase. The research team identified three copies of the gene that codes for this enzyme. 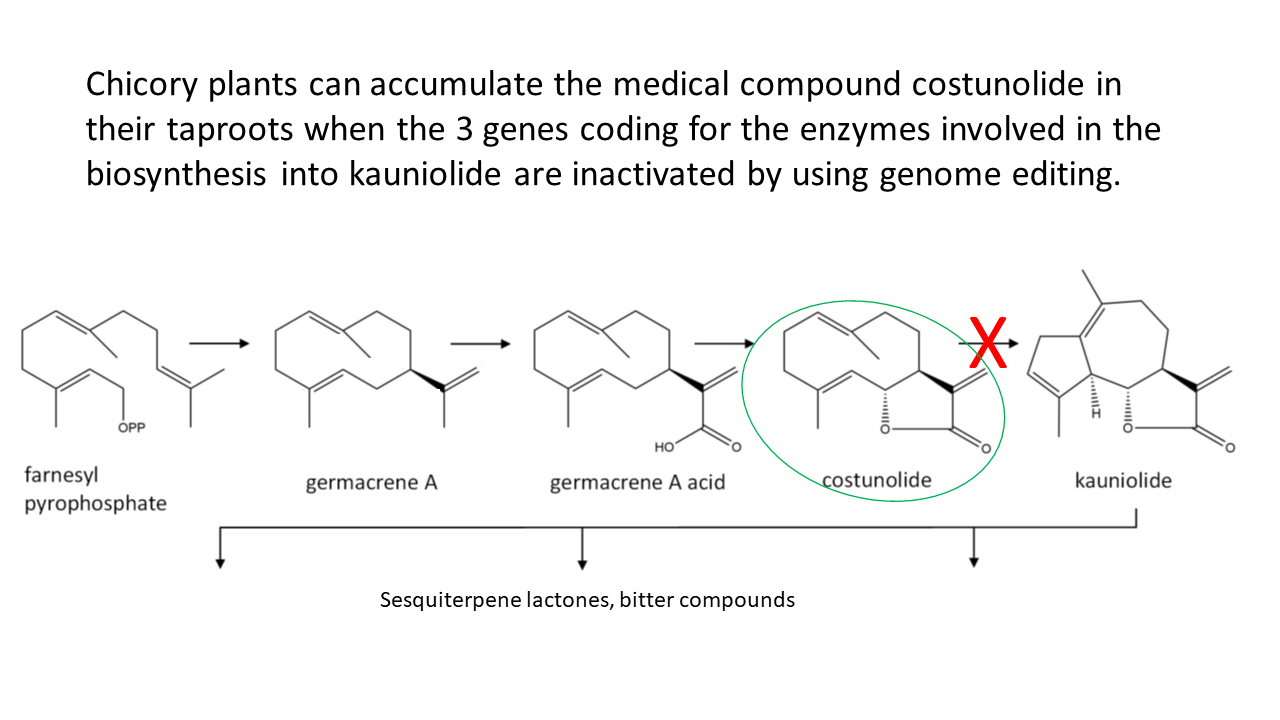 All three of these copies proved to be equally important. Only after blocking the activity of all of the three, using CRISPR/Cas9, the production of kauniolide was blocked. This resulted in an accumulation of costunolide in the taproots of the chicory plants.

About the CHIC research

This research is part of the EU-financed research project CHIC, which is coordinated by Wageningen University & Research. CHIC aims to support the establishment of a responsible innovation pathway for the development and application of New Plant Breeding Techniques (NPBTs) for chicory as a multipurpose crop for the production of high-value consumer products, in line with societal needs and concerns. The CHIC research consortium includes SMEs, an industrial partner, non-profit organizations, and research institutes from 11 European countries and one from New Zealand.

In 2021, the same research team already reported the successful blocking of the production of bitter compounds in chicory taproots. See this news item.

The website of the CHIC project explains more about the aims and results of this EU-financed research.