Valentina Ricciardi, PhD student at the Department of Agricultural and Environmental Sciences of the University of Milan, has won KeyGene’s DNA-Day contest. KeyGene scientists will isolate high-quality, high molecular weight (HMW) DNA from the Georgian grape vine variety Mgaloblishvili to be used for long-read sequencing of the genome. Ricciardi hopes that obtaining the genome sequence of Mgaloblishvili will help her in finding genes that can contribute to resistance against downy mildew more quickly, thus helping to reduce the need to use fungicides in protecting grapevines against this important disease.

“The Mgaloblishvili variety is a Vitis vinifera variety that originates from Georgia in the Caucasus region, where the domestication of grapevine took place. It is known for its resistance to diseases. We have chosen Valentina Ricciardi’s submission because this grapevine variety is societally relevant and scientifically exciting to study”, said Dick Roelofs, Team leader DNA innovations at KeyGene in the Netherlands.

Senior researcher Gabriella De Lorenzis, who is supervising Ricciardi, explains how the work of the team studying the Mgaloblishvili grapevine, comprising also the Plant Pathology group represented by senior researcher Silvia Laura Toffolatti, started some 20 years ago, in a collaboration with two Georgian research partners: the Faculty of Viticulture and Winemaking, Caucasus International University, and the National Wine Agency of Georgia, both in Tbilisi. 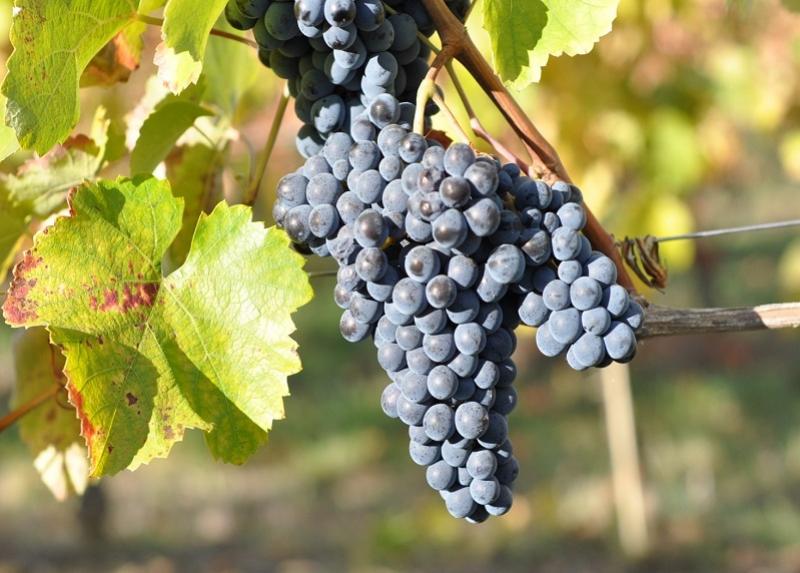 Fruits of the Mgaloblishvili grape vine, from the centre of domestication of the grape vine: Georgia. Picture: University of Milan

“Mgaloblishvili is the first-ever Vitis vinifera variety found to have resistance against the imported American pathogen that is causing Downy Mildew in European grape varieties. The Georgian cultivar possesses a unique mechanism of resistance, based on pathogen recognition, ethylene signaling pathway and both structural and chemical defenses”, said Gabriella De Lorenzis.

Valentina Ricciardi explained about the unique molecular properties of the Mgaloblishvili variety:  “Different genes have already been found to be related to resistance, both more traditional resistance-genes and so-called susceptibility genes. Obtaining better genome insights for this variety is therefore very promising”.

Earlier, the entire genome of the very important Pinot Noir variety was sequenced and published. De Lorenzis and Ricciardi hope that the high quality, high molecular weight DNA isolation performed by KeyGene scientists, will enable them to more quickly build the full genome of the Mgaloblishvili variety. “That will make it much easier to identify crucial genetic differences between the Georgian Mgaloblishvili and other important varieties. One can think of differences that are involved in disease resistances and in other important traits. It will allow us to better understand and decipher this unique reservoir of genetic variability, thus making these precious resources available to scientists and breeders” said Valentina Ricciardi.

Combining the insights into the genome of Mgaloblishvili with results of earlier research of the Milano team, such as gene expression data and traits observations, so-called phenotypic data, will also make it possible to study the mechanisms underlying resistance traits in depth.

“In the end, we want to help to make grapevine cultivation more sustainable and more profitable, resulting in a drink many of us appreciate” said Gabriella De Lorenzis.